Your Uber Driver Can Officially Double As A Food Delivery Guy

It's been a week of wins for Uber Technologies Inc. After successfully challenging regulations for full-service pick up and drop off at Los Angeles International Airport this week, the company has announced another addition to its international business model. 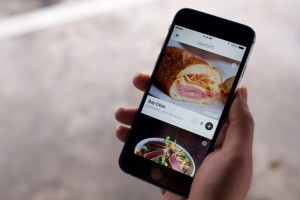 UberEATS, will serve as a second standalone application under Uber Technologies, Inc., and will aim to satisfy hunger, rather than travel needs. UberEATS was launched in early December in Toronto, Canada and will make its way out 'the 6,' into 10 major cities, specifically, Washington D.C., San Francisco, Atlanta, Houston, Seattle, Dallas and Austin, by March, the company announced Wednesday.

Of course, Uber itself has no hand in preparing the meals, but will work with local restaurants to ensure the quick delivery of food, "anywhere you can drop a pin," on your smartphone. Jason Droege, Head of Uber Everything, said.

Uber has been testing the waters of the food delivery biz for some time, according to Wired.com. In fact, the first launch of UberEATS was tested in Spain and Los Angeles, then added in Chicago and New York, the program found success by taking advantage of its expansive network of drivers and partnerships with participating restaurants.

How does it work?

UberEATS will utilize Uber's network of drivers while out waiting for potential customers. The drivers, will pick up pre-orders as they wait for passengers. Essentially, there won't be a smorgasbord of items to salivate over, but it is more likely that participating restaurants will have a small menu, updated daily.

UberEATS claims to be able to get customers food order delivered in a turnaround time of 10 minutes.