The world has been thrust into a state of constant disarray lately, no thanks to the continual attacks by radical religious groups. Despite how tragic and awful the attack in Paris was, this constant barrage of brutality in the media is hardening us. It's been happening so regularly that we view it as just another day in the life of an earthling. For Christ's sake, there was a fucking terrorist attack today that left 31 dead and over one hundred injured in Brussels, Belgium. 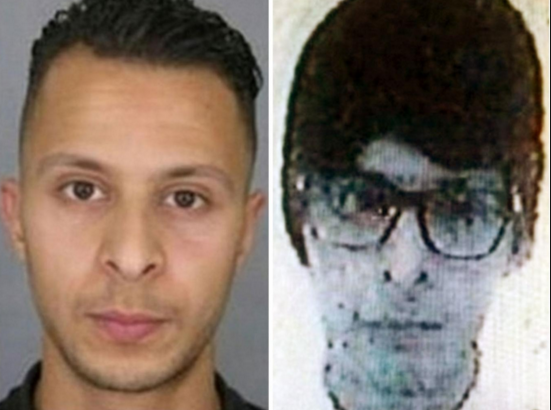 At the very least, we can celebrate when somebody who is responsible for the attack goes down for it. Even though our world is on fire, the one thing that we will never get complacent with is justice's swift kick to the nuts. After all, the last member of the ISIS cell that bombed Paris was captured, and that's one nut-tapping we can all get behind.

Salah Abdeslam, 26, was the last remaining piece of shit on the run until his particular stomach led to his arrest. After the initial bombing in Paris, police subsequently raided his hotel room and found several empty pizza boxes, among other things. After several months of tracking the slimy dickwaffle down, they finally narrowed his location to the vicinity of his old neighborhood in Brussels.

Police had been following leads that eventually led to the home of an unnamed female accomplice. According to their records, she was the only resident of the household. So when a particularly large order of pizza was delivered to one woman, suspicion was predictably aroused. Officers raided the home and shot Abdeslam in the leg as he charged him, apparently attempting suicide by cop. He was apprehended and arrested shortly thereafter. Looks like Abdeslam better start getting used to gruel, because that's all he'll be eating for the rest of his short, shitty life.