11 Oreo Collabs That Every Fan Should Get Chocolate Wasted On

Oreos have the versatility of a Swiss army knife, becoming the go-to cookie to upgrade almost any dessert.

Whether the popular creme-filled cookies are mixed inside cakes, ice cream, or even churros, you always know they're going to taste bomb af, one way or another. 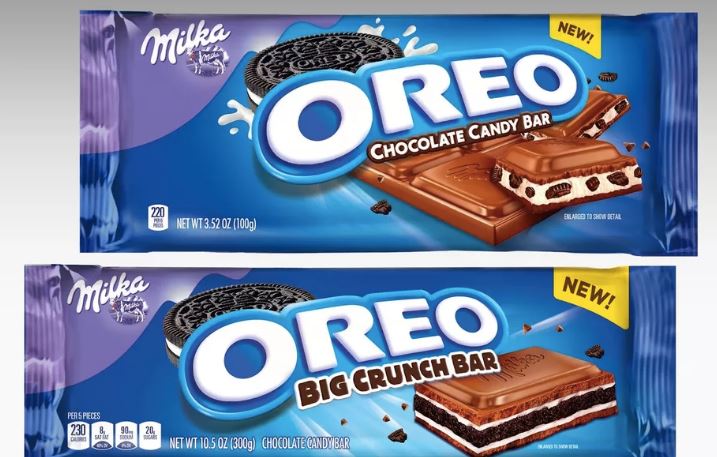 These are the latest addition to the Oreo family. There have been similar versions in of Oreo Chocolate bars in Europe, and we believe they'll be just as amazing in the US.

Being from Southern California, we spotted these bad boys at Disneyland and immediately freaked out. In late 2015, these became available in bite-sized form, and accessible in your local freezer aisle.

The idea of eating an ice cream-filled Oreo once seemed like a dream, but Klondike made it happen with this sandwich. While chocolate chip cookie ice cream sandwiches are classic and delicious in their own right, it would have felt wrong not to eventually have an Oreo version. These are the perfect excuse to eat Oreos on the go. You don't have to carry the big package of Oreos, or waste time putting them in a ziploc bag, because these sticks come individually packed and ready to follow you on your road trips. Baskin Robbins has the Oreo ice cream cake game on lock, but it has become a pretty common cake that you'll see pretty much anywhere that sells cakes. Can't blame anyone who wants to celebrate their birthday, or graduation, or successful Tuesday, with an Oreo cake. We've seen these types of donuts at both Dunkin' Donuts and occasionally at Krispy Kreme locations, but no matter where you get it, that sweet creme and chocolatey cookie crumble makes for a nice, sweet reward that you earned after a good workout. We won't tell anybody. The McFlurry at McDonald's was one of their revolutionary ice cream offerings, and Oreos were a big part of its success. It was the late 90s, and mashups weren't as crazy as they are now, so the idea of mixing cookies, or candy, into an ice cream offering was a pretty big deal. McDonald's jumped into the Oreo craze by incorporating them into their Frappes. While it wasn't their first collab with Oreo, considering the Oreo McFlurry, it didn't hurt to add another frosty offering with the cookies and creme flavor. Burger King went the extra mile, not only making an Oreo milkshake, but adding red velvet to the mix as well. People go just as crazy for red velvet products, so Burger King was pretty smart with this popular limited release. Oreo's for breakfast? Heck yes! Oreo O's were the best, and while you can still find them here and there, it's not easy. These were the best, though, and I'd give my right leg for another bowl. 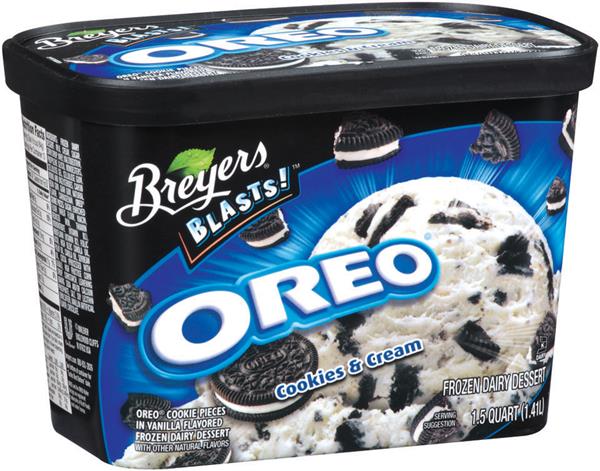 You can't be mad at a scoop of Oreo ice cream on a cone. With all the craziness that the cookies get mixed into, it's nice to just pop open a tub of ice cream and enjoy it by the scoop.

We made these bad boys ourselves in the Foodbeast kitchen, so they're not an official collab, but we have to at least mention them in an Oreo list. With an alcohol based cream filling, these boozy cookies are the perfect excuse to use adult beverages in your baking.