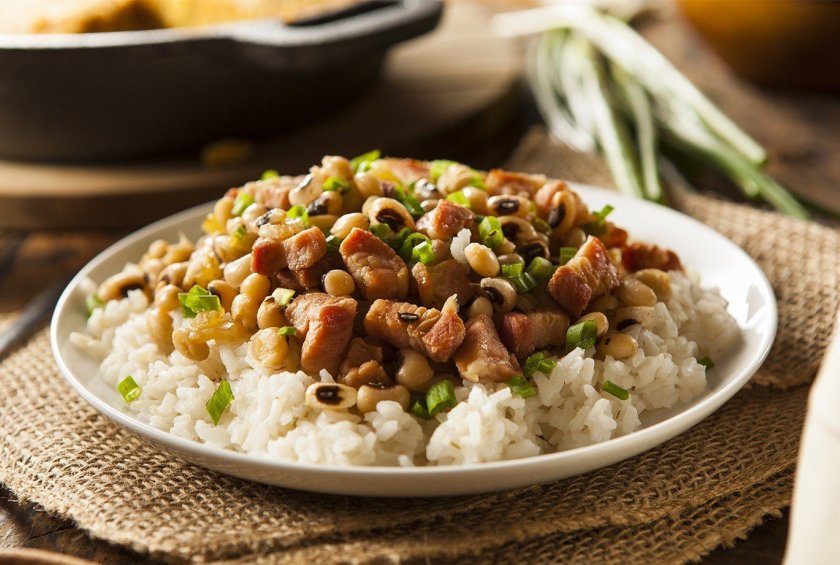 Although it’s still up for debate, genetic evidence supports the idea that all forms of Asian rice came from a single domestication that occurred sometime between 8,200 and 13,500 years ago in China. Since then, the staple food has been incorporated into dishes in almost every country in the world, varying from the very simple to the enormously complex. And why not, as rice is perfectly enjoyable in its plain, white, sticky form, but can also be combined with every meat, seafood, and vegetable in existence, along with most spices, too.

In case you didn’t know, September is National Rice Month, so we initially thought it would be fitting to do a roundup of the best rice-based meals in America. However, despite all the wonderful food prepared across the country, we’d be selling this incredibly versatile staple short by limiting the article to domestic dishes.

To illustrate this fact, we took a little trot around the globe and gathered the absolute best rice dishes from 18 countries. (We included multiple dishes from the same country in a few cases.) Though most of these meals are quite common, we also threw in some suggestions for places to try the various dishes and even included a couple recipes in case you want to try preparing them at home. 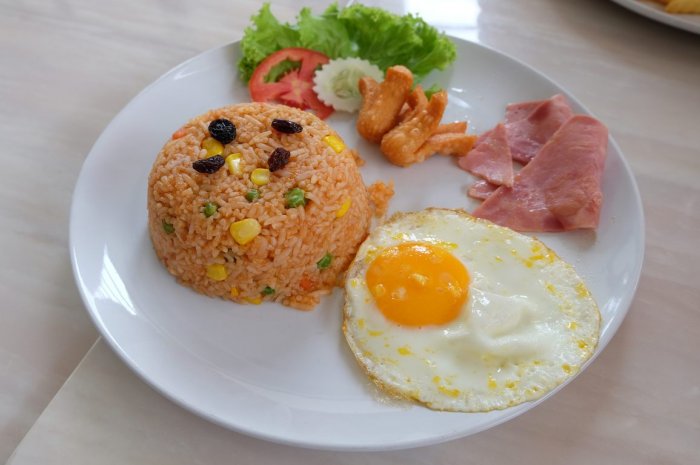 This fried rice is certainly as stereotypically American as it gets. It’s served with ketchup; a protein like fried chicken, bacon, or hot dogs; croutons; and sometimes, for a Hawaiian twist, pineapple. Silom Village Restaurant in Bangkok will make it for you just as the GIs (who were stationed in Thailand during the Vietnam War) used to like it. 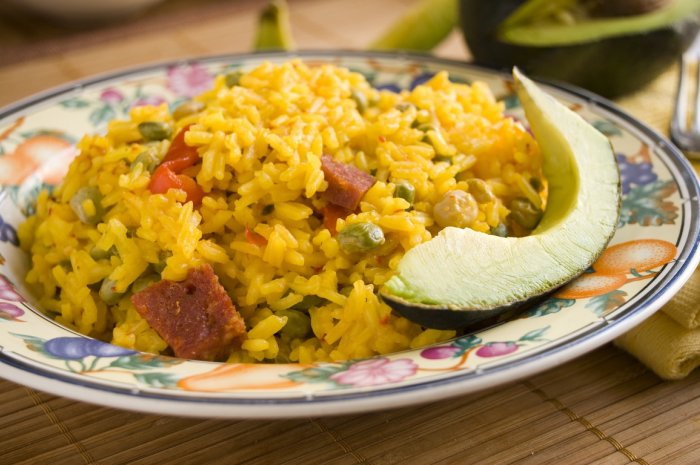 Arroz con gandules, made with rice, pigeon peas, roast pork, and sofrito sauce, is the national dish of Puerto Rico. It’s best to get yourself invited to a Puerto Rican home so you can try this dish homemade, but if that fails, don’t just break into a random house and rummage around. Instead, opt for a trip to La Pradera in San Juan. 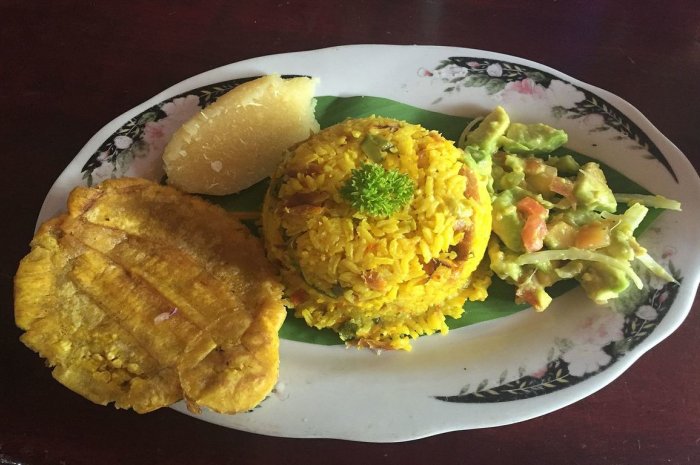 Arroz de lisa (mullet rice) — the way you’d get it on a street off the Atlantic coast of Colombia in the city of Barranquilla — is served in a leaf of the tropical herb called bijao, with cooked cassava, a triangle of costeño cheese, and a sauce of suero atollabuey, which is a milky sour cream. If you want to sit down to eat it somewhere in Barranquilla, try it at Cucayo. 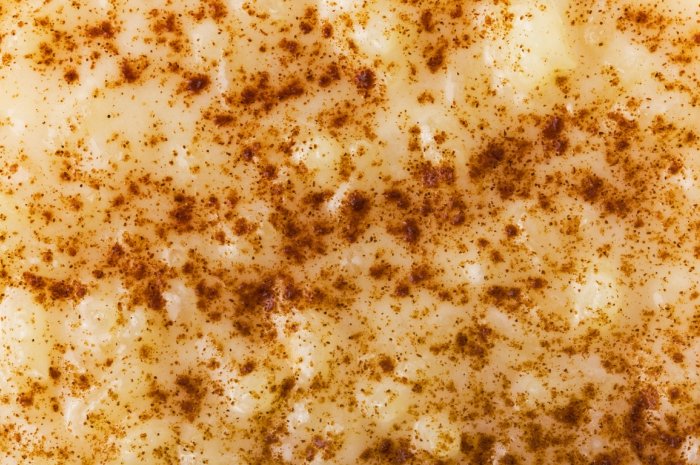 Translating to “sweet rice,” this Portuguese dish is similar to the rice pudding we all know and simply contains white rice, eggs, hot milk, sugar, and a bit of lemon rind. After boiling, top the whole thing with some sprinkled cinnamon, and you’re done! 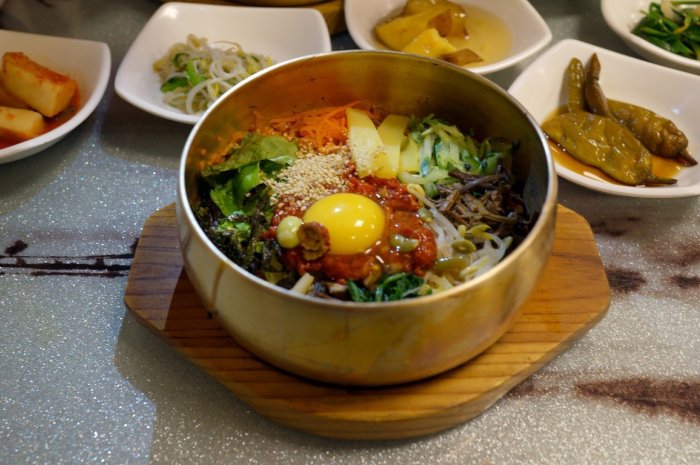 The literal translation of Korea's bibimbap is "mixed rice." It comes served in a hot bowl with sautéed vegetables, chile paste, and soybean paste. The best part? When you crack a raw egg on it, the heat from the bowl cooks it to perfection. You’ll find good bibimbap anywhere in Seoul, but you can also find it in London at the appropriately named Bibimbab Café on Museum Street. 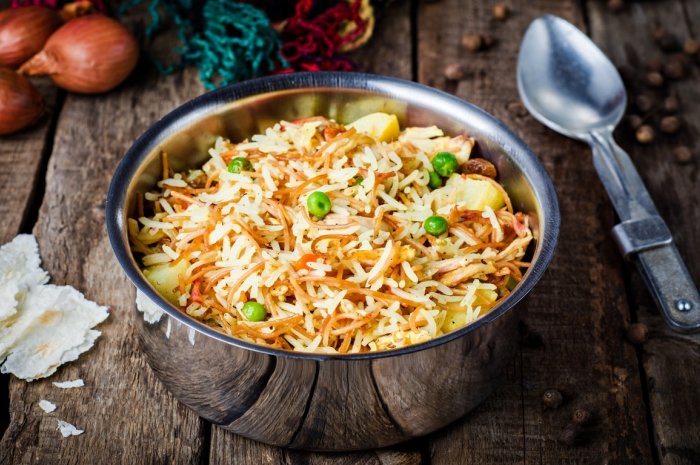 A staple of any (good) Indian wedding, biryani is a mix of basmati rice, meat or vegetables, and some variation of the usual Indian spices, which are scientifically proven to be particularly delicious. If you want to go to the most famous biryani house in India, and possibly the world, head over to Paradise Hotel Food Court in Hyderabad. 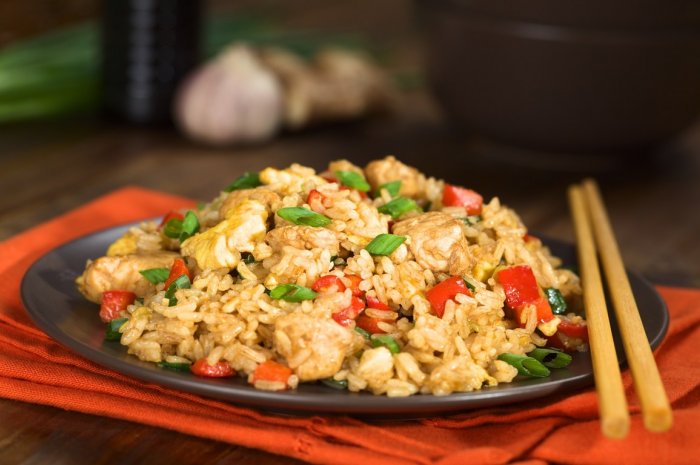 Fried rice is one of the simplest dishes in this list, but, as previously stated, the Chinese basically invented rice, so we’ll allow it. This meal consists of steamed rice that has been stir-fried in a wok, usually with eggs, vegetables, and meat. Since the Chinese often just toss in whatever leftover ingredients are on hand, there are literally countless variations of fried rice in existence. However, generally speaking, this is one of the few dishes in American Chinese cuisine that is actually quite similar to the authentic Chinese version. 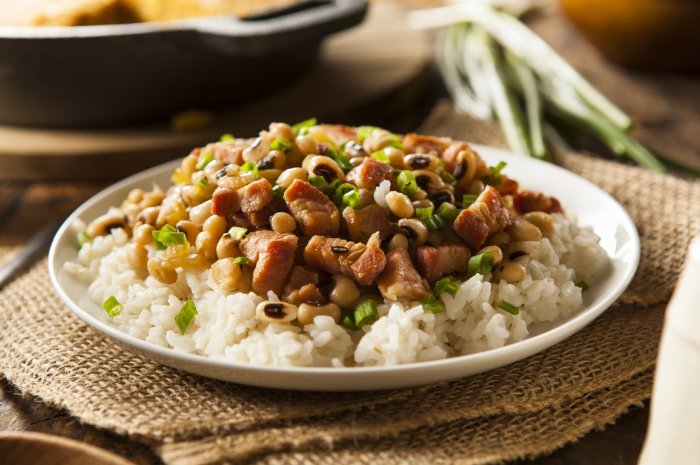 A mix of rice with black-eyed peas, chopped onion, and sliced bacon seasoned with a bit of salt, Hoppin’ John is not common on the menus of restaurants north of the Mason-Dixon Line. On special occasions, Tabard Inn in Washington, D.C., makes the rice dish in the form of a cassoulet. 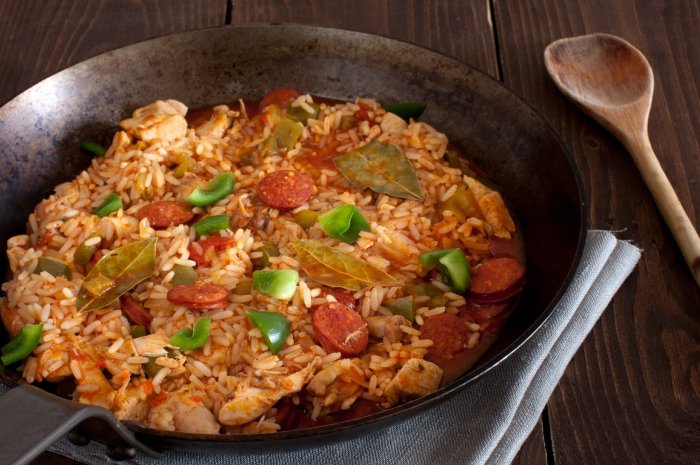 A Louisiana Creole dish of Spanish and French influence, jambalaya is one of the few dishes on this list where rice isn’t the star of the show. Yes, it still plays a prominent role, but with ample amounts of sausage (and frequently pork, chicken, crayfish, and/or shrimp), onion, celery, green bell pepper, and other vegetables, all the ingredients end up pulling equal weight. In regard to preparation, the meat and vegetables are browned and sautéed first with the rice, seasonings, and broth added afterward and then cooked all together. 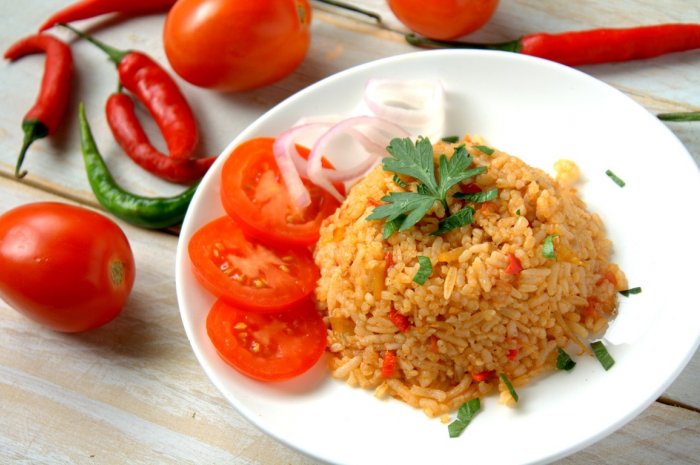 Jollof rice originated in the cuisine of Senegal, but has since spread to most countries in West Africa. Its base is simple enough: rice, tomatoes, onions, salt, and hot red pepper. Any combination of meats and vegetables can be mixed into it to make a comforting meal. Want to try a taste but can’t make the intercontinental journey anytime soon? You won’t be disappointed with the version at Brooklyn’s Jollof Restaurant in the Bed-Stuy neighborhood. 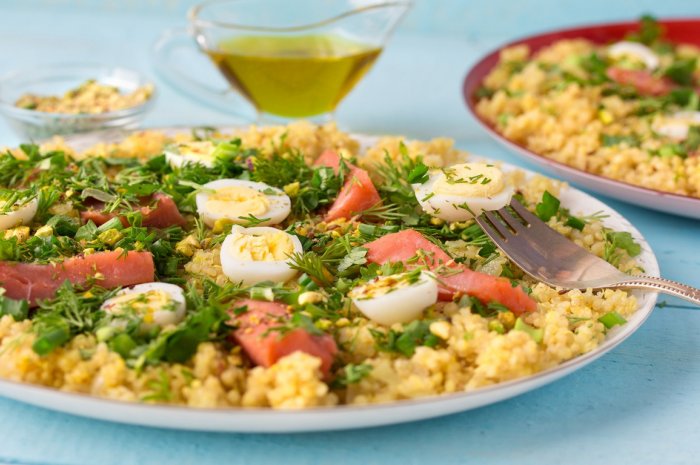 Kedgeree is an Anglo-Indian dish that is almost a perfect blend of very Indian (rice and curry powder) and very British (haddock) elements. Parsley, hard-boiled eggs, cream, and sultanas are usually added as well. Without a doubt, you’ll find the best at one of London’s finest venues for afternoon tea (among other things), The Wolseley. 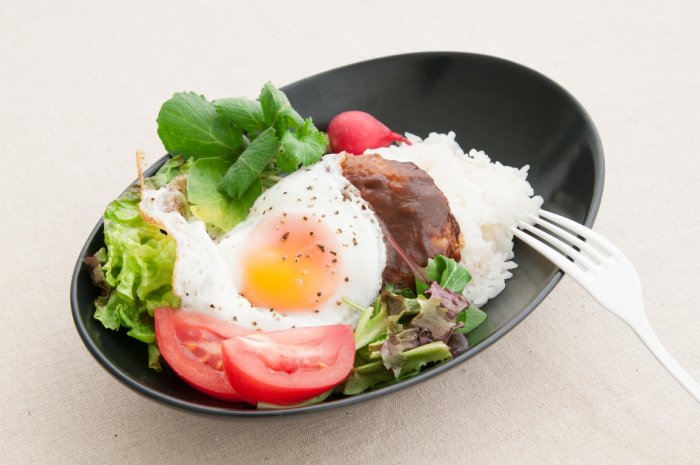 Hawaii's loco moco is as much fun as it sounds. It begins with a bed of white rice and is usually topped with a hamburger patty, fried egg, and gravy, but many other proteins — such as chili, spam, linguiça, or mahi mahi — may also be used. A side of macaroni salad is essential, too. 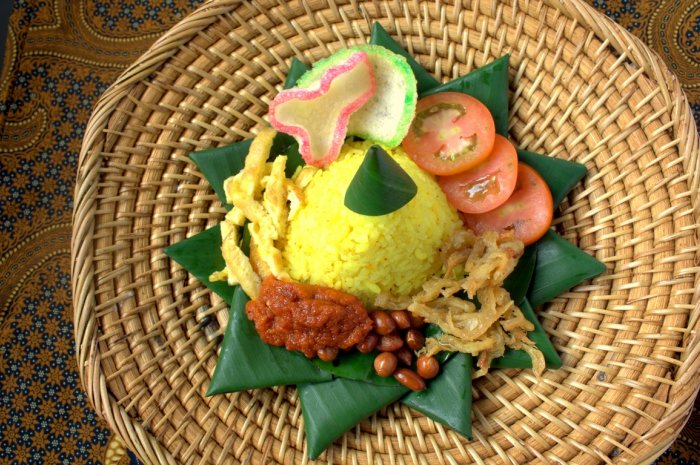 Nasi kuning from Indonesia is rice cooked with coconut milk and the superfood turmeric. It is usually pressed into a cone and served with a highly seasoned side dish, with one of the most popular versions being teri kacang (fried anchovies and peanuts). The rice’s yellow hue symbolizes gold, and it is served at special events as a symbol of good fortune. 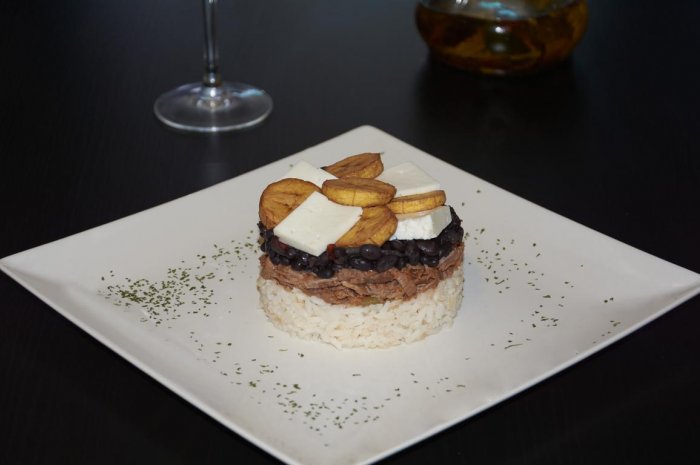 A spin on your go-to rice and beans, pabellón criollo consists of rice, shredded beef, and stewed black beans with common toppings like fried plantains and fried eggs. In Caracas, the best pabellón criollo is found at La Cocina de Francy. 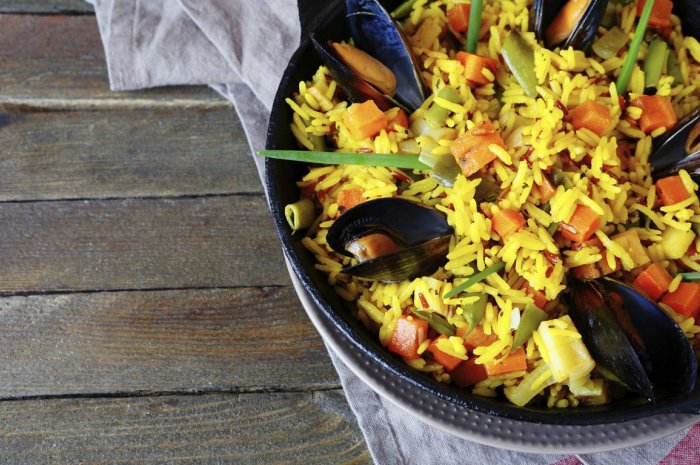 Has there ever been a more delicious way to eat shellfish than atop paella? Olive oily and bursting with flavor, this Valencian dish has many variations, but the true Valencian paella actually has no seafood at all — just rice, chicken, rabbit, three kinds of beans, and sometimes snails are added to the large pan. Eat it while gazing at the Mediterranean in one of Ernest Hemingway’s old spots in Valencia: La Pepica. 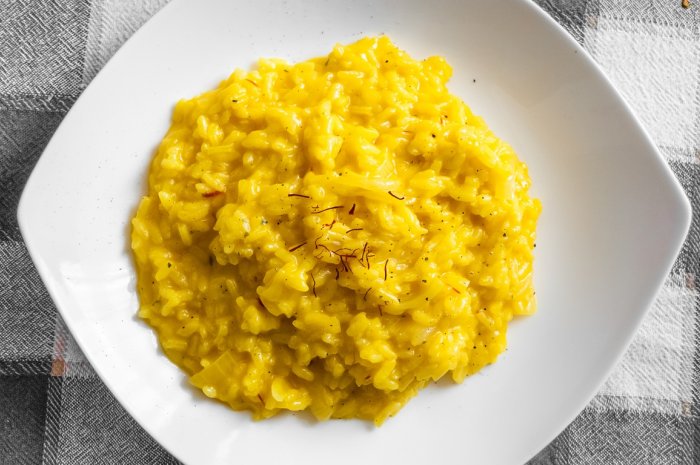 The pride of Milan, this yellow risotto dish is enlivened with saffron and bone marrow. It’s so simple, yet enormously satisfying. Enjoy it with a bottle of wine, like the locals do, at the city's Osteria Del Binari. 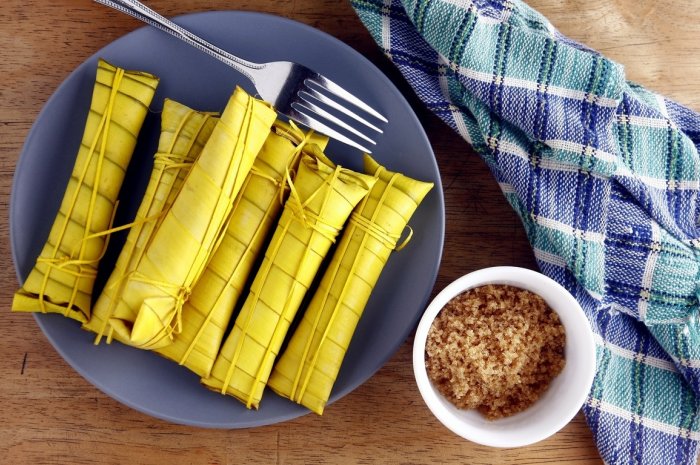 A rice cake originating in the Philippines, suman is made from glutinous rice cooked in coconut milk, which is often wrapped in banana leaves (or other leaves like buli or buri palm) for steaming. Sprinkle on a bit of sugar or smother it in latik, serve, and enjoy. A widespread variant of this dish is made with cassava instead of rice. 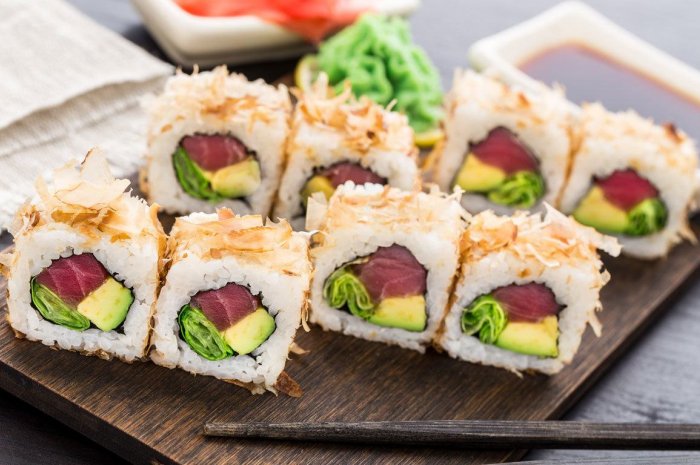 How could we have an article about the greatest rice dishes without including sushi? After all, whether you prefer raw or cooked seafood, vegetables, or fruit in your favorite sushi roll, chances are it’s still going to be surrounded by rice. Sashimi (raw meat or fish sliced into thin pieces), on the other hand, can be served with or without rice. 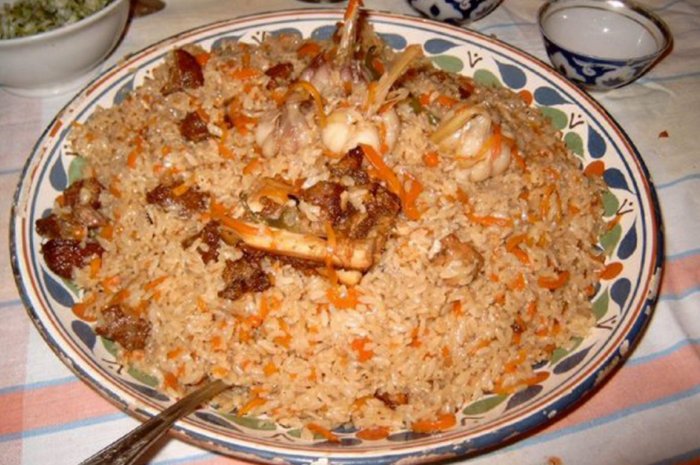 Uzbek plov is made with rice pilaf, lamb or beef, carrots, cabbage, and a kick of cumin. You most certainly do not have to go to Uzbekistan to try it, because King David Kosher Restaurant in Queens makes a version that is as authentic as it gets. 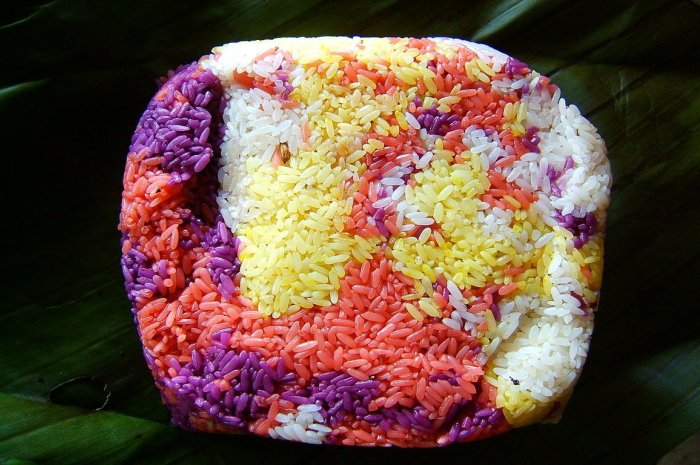 A glutinous rice eaten in rural Vietnam, xôi ngũ sắc definitely does not get its brilliant, rainbow-like colors from artificial food coloring. The bright hues come from magenta plant, pandan leaf, gấc fruit, and mung beans. You might have to travel deep into the mountains for this dish, but it will absolutely be worth it.

Original post written by Matt Sulem for The Daily Meal