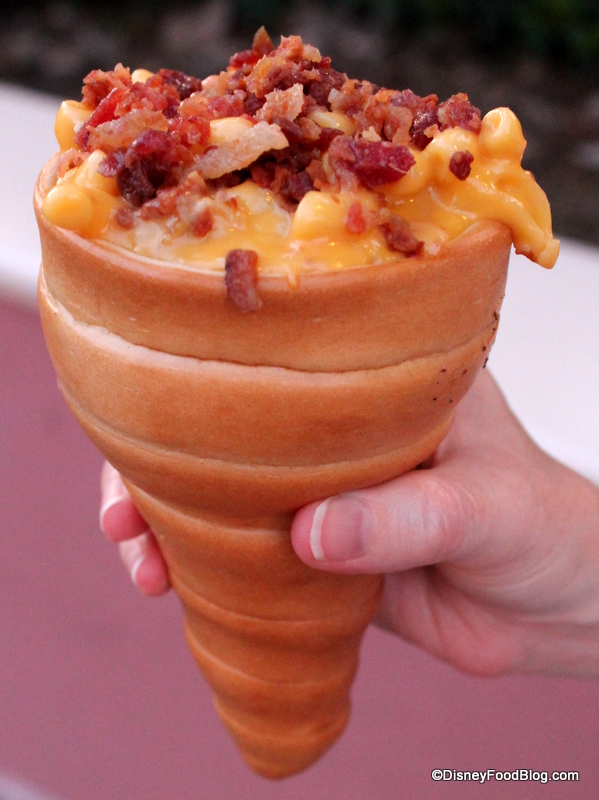 Found at a concession stand in Disney’s Hollywood Studios (one of four theme parks at Florida's Walt Disney World Resort), the bread cones previously debuted at Disneyland's Car Land and Cozy Cone Motel. The cones come in a medium drink cup, for safety, along with a bag of chips, for taste.

Wendy, over at The Disney Food Blog, opted to sprinkle bacon on hers -- smart lady -- and describes the savory treat as overflowing with "mac-and-cheese goodness" and covered with a respectable "bacon pile." 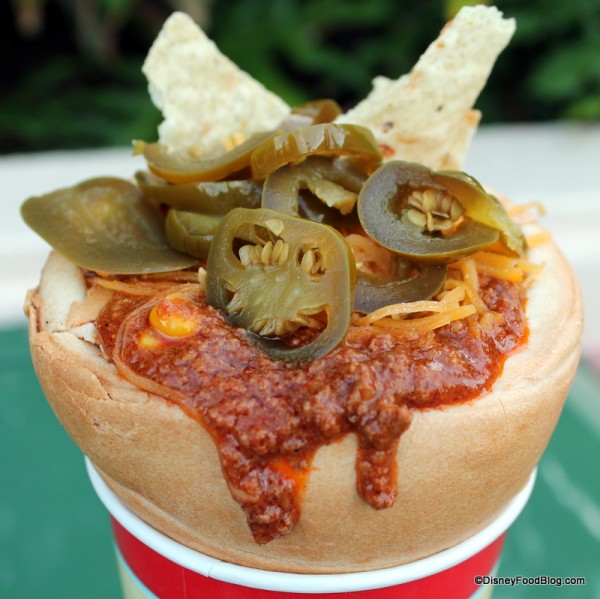 As for the bready sleeping bag holding it all in? Wendy confirms that they're soft and fluffy, while still being sturdy enough to keep all that melty heaven in place.

Protip: Bite off the bottom of the cone for a direct funnel of awesome into your mouthhole.