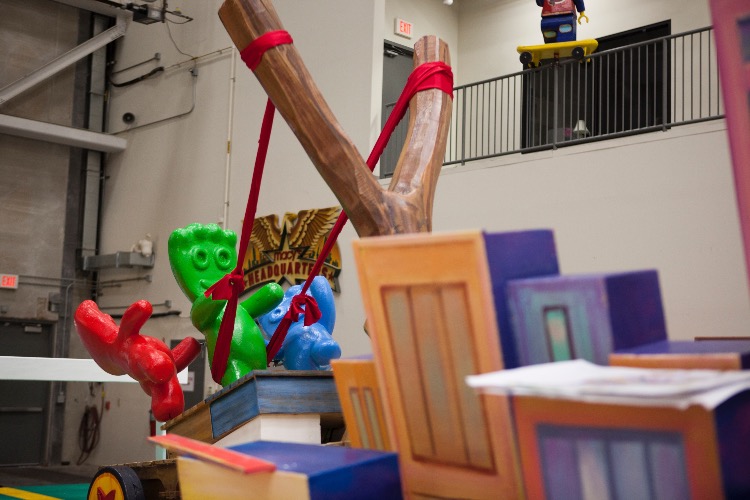 The notoriously sour, then sweet "Kids" will be making their parade debut at the 91st annual Macy's Thanksgiving Day Parade this year.

Macy's Thanksgiving Day Parade, the world's largest parade, takes place in New York City, and is presented by the U.S.-based department store chain Macy's. This Thanksgiving, America's #1 selling sour candy brand, Sour Patch Kids, will be brought to life for over 3.5 million spectators along the parade's route, as well as the more than 50 million TV viewers nationwide.

The float, which will be a crazy, colorful interpretation of how the "Kids" celebrate Thanksgiving, will stand at almost three-stories high and 32 feet long. The gigantic marvel is sure to bring awe to spectators by featuring depictions of New York City's skyscrapers as well as a recreation of Macy's iconic clowns as a giant balloon.

The debut will also be celebrated with a surprise musical guest star on board the float along the Parade's iconic 2.5-mile route. The parade will be aired on Thanksgiving Day, 11/23, live from NBC starting at 9 am until noon for all timezones. So make sure to grab a bag of Sour Patch Kids and catch the much anticipated debut of their float before it's Sour. Sweet. Gone.