Siri vs. Starbucks: Turns Out an AI is Still Better at Spelling Than Your Barista 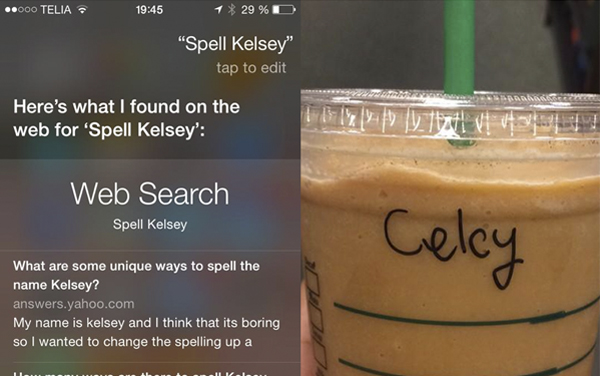 We wish we could stop ragging on Starbucks for its inordinate name butchering, but how can we, when even a computer spells better than its employees do?

Siri vs. Starbucks, a tumblr by Swedish art director Alexander Norling, documents this disparity in the most irrefutable way — with side by side screenshots of both parties' attempts to interpret the awfully difficult monikers they're given. Names like Isaac, which Siri hears as "Isac" and Starbucks spits out as "Alzer." Or Savannah, which Siri correctly guesses is "Savannah" and Starbucks, for some reason, changes to "Steph."

To add further insult to injury, Norling apparently speaks with an accent, making Siri's comprehension even more impressive. Seriously Starbucks, Brittany from Courtney? It's like you're not even trying.

Or you're trying way too hard. 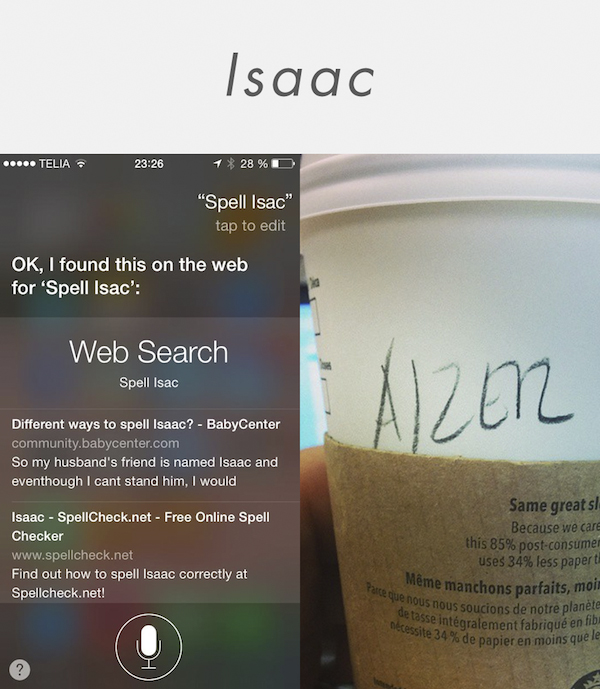 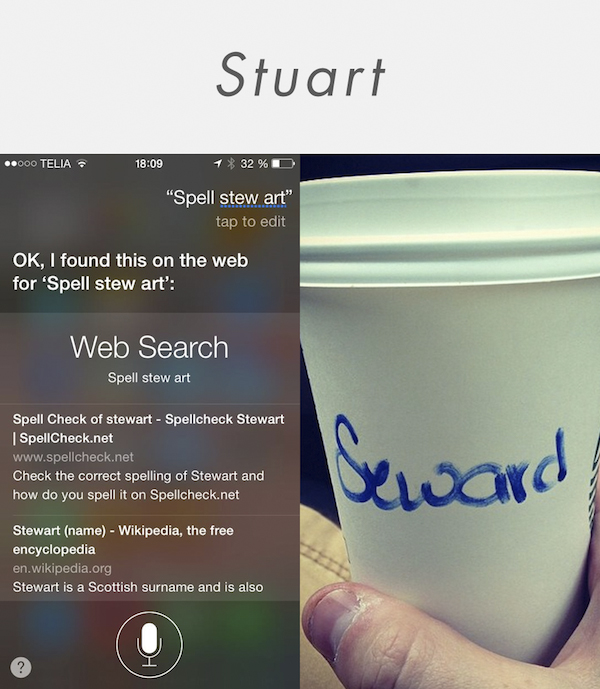 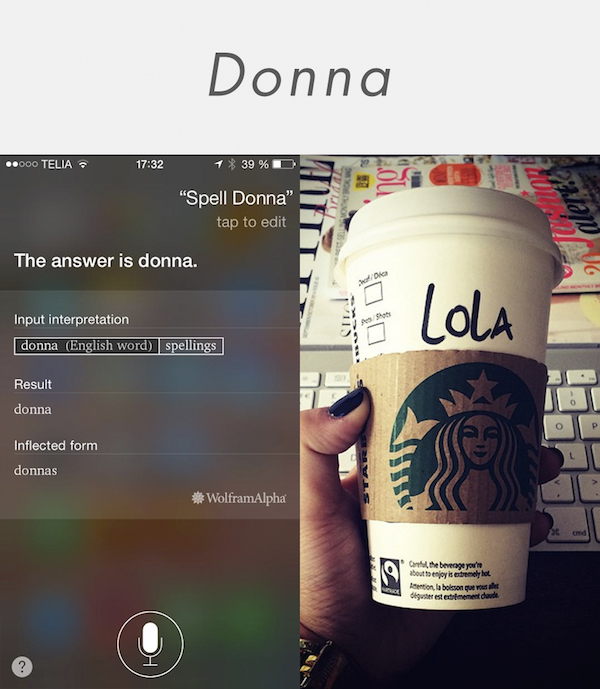 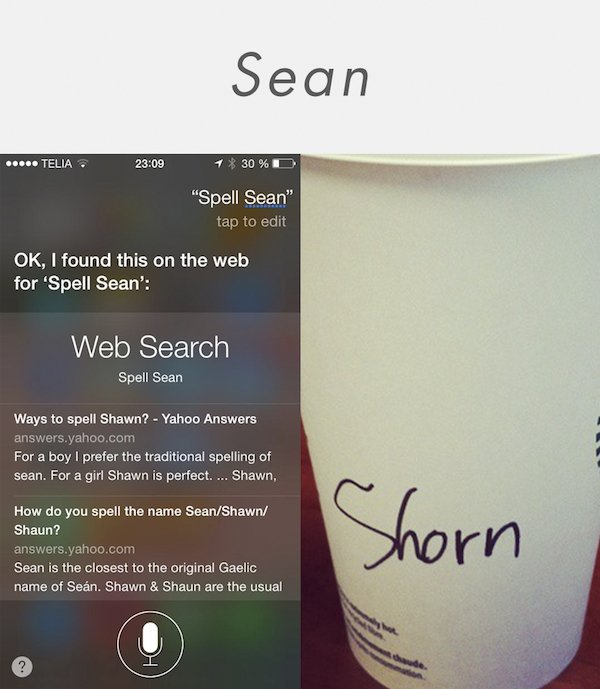