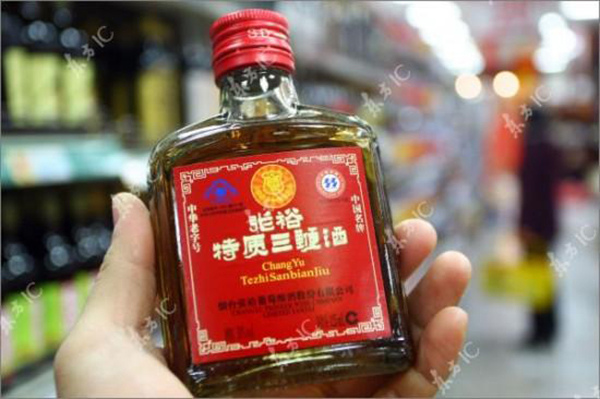 Ever feel like you've blown through practically every cocktail you can think of and drinking has lost its luster? (Ha! Just kidding, that's impossible.) Well, I've got three words or you. Or more specifically: Three Penises. Although it looks like every other bottle in a supermarket liquor aisle, this bottle of rice wine contains seal penis, deer penis and Cantonese dog penis.

Labeled "Tezhi Sanbian Jiu," which translates into "Three-Penis Liquor," the three animal penises were brewed into the liquor as a means to give the drinker that extra boost of vitality one human penis sometimes can't muster on its own. Historically, animal naughty bits were a well-known means of Chinese traditional medicine that was believed to help increase potency and virility in males. For any of those interested, bottles of Tezhi Sanbian Jiu can be found in supermarkets across Shanghai.