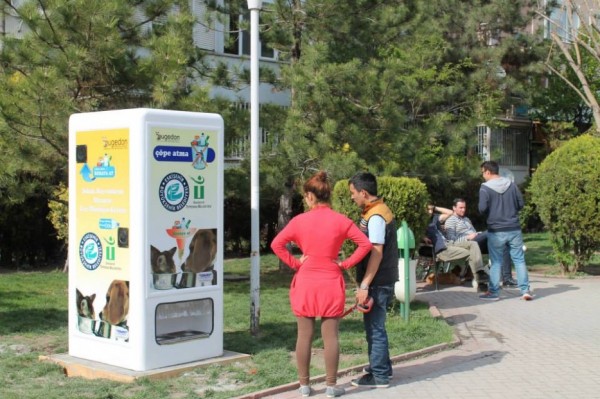 Istanbul, Turkey is home to about 150,000 stray cats and dogs among its 14 million citizens. With such a high number of animals roaming the streets, the government has tried to come up with ways to relieve the issue, including stray banishment from the city. But Turkish company Pugedon took it upon themselves to relieve part of the issue while also keeping the city clean.

Pugedon came up with a recycling receptacle that doubles as an animal nourishment station. The concept is simple -- just place a plastic or glass bottle into the bin, and food and water is dispensed at the bottom for strays. There's also a place for users to pour excess water into bowls for the animals. 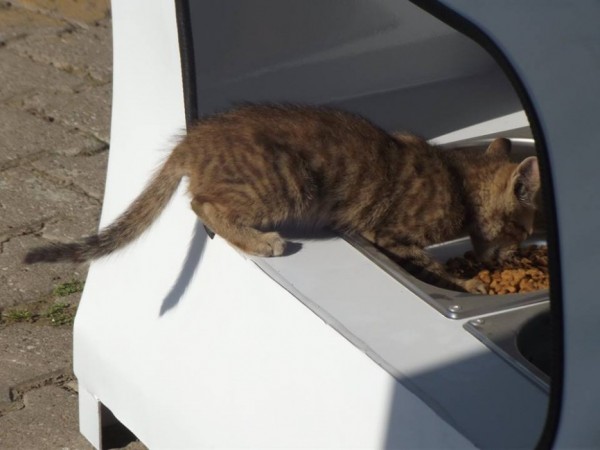 The value of recycled bottles actually covers the cost of the food, so this self-sustaining project is a win-win for both parties.