The King of Monsters answers to no one. Still, in case you're curious what biting into human flesh and bone might feel like, look no further than the new Godzilla-themed burgers from Burger King.

In tribute to the upcoming Godzilla film, Burger King Malaysia has unleashed a rather extensive line of "Rakasa" entrees and snacks inspired by the movie. ("Rakasa" meaning "monster," similar to "kaiju" in Japanese, according to Brand Eating). There's a Rakasa burger, featuring your choice of single, double, or triple stacked chicken or beef patties topped with mayo and barbecue-laden "monster" nachos. There's a Rakasa wrap, which only offers the chicken patty, along with onions and the monster nachos. Finally, there's the Rakasa Milo chocolate drink, a Koko Krunch cereal topped mixture of Milo chocolate powder and milk or water. 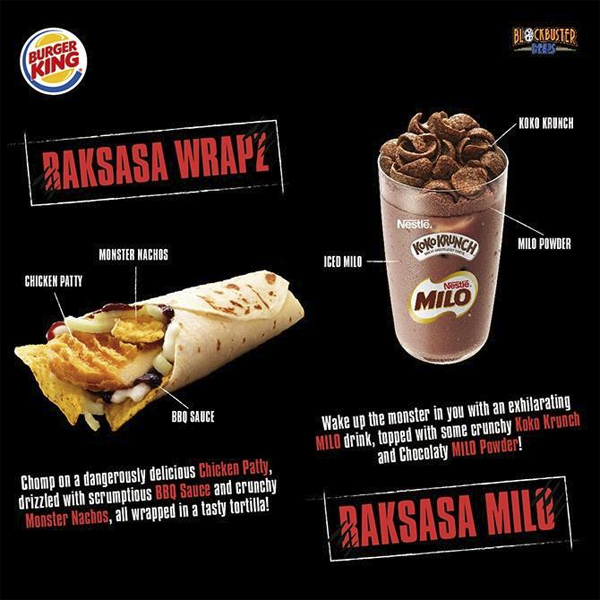 Sure the wrap and Milo might be a little too dainty for a 500-foot-tall maneater, but we imagine the layers of meat and tooth-shattering tortilla chips might be perfect fuel for your next earth-shattering romp through the city.