Today I Learned: Fortune Cookies Originated in Japan, Not China 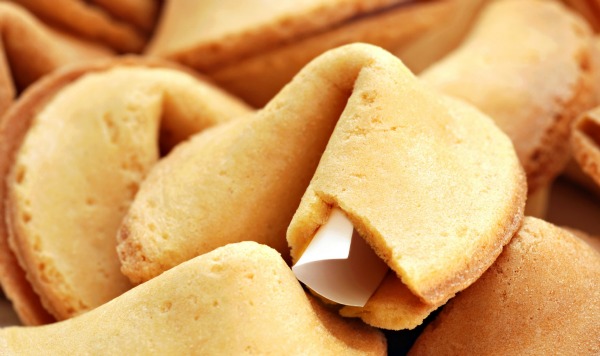 If you're still reeling from the Crunchgate scandal, I suggest you stop reading now. Granted, this time we won't be discussing the legitimacy of a beloved national figure . . . at least not today (we're looking at you, Tony the Tiger).

For those of you still reading, here's the scoop: Those obligatory fortune cookies that come with the bill at Chinese restaurants? They're originally from Japan (left) and are distinct from the Americanized version you get at the end of your meal (right). 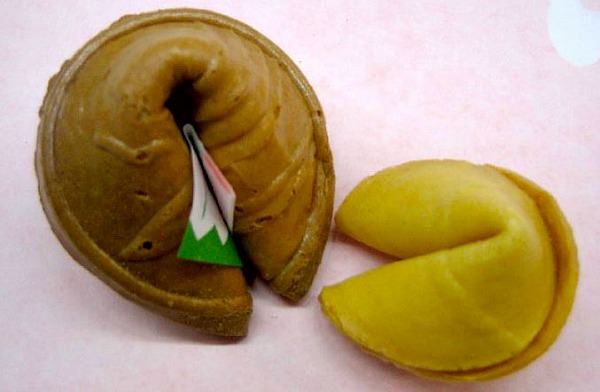 As you can see, the Japanese cookie is larger and made of darker dough. The batter is made of sesame and miso, rather than vanilla and butter, making it more savory than sweet. And that signature paper slip carrying your fortune? It's simply wedged in the bend of the cookie, instead of inside the cookie's hollow interior.

They've been around since at least the 19th century 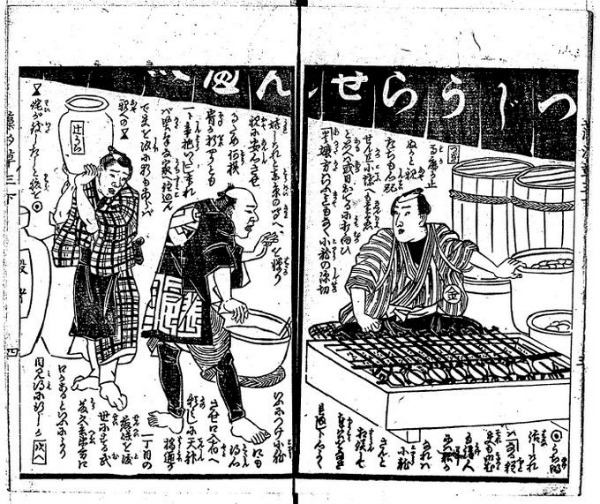 Japanese fortune cookies have existed since at least the 19th century, quite some time before they became popular in the US.  According to this 2008 article by the NY Times, a book of stories titled Moshiogusa Kinsei Kidan contains an illustration featuring the iconic C-shaped wafers being grilled over coals. The book dates back to 1878 and the sign in the illustration reads "tsujiura senbei," meaning "fortune crackers."

Moreover, the cookies are depicted being made in the same way they are still prepared today in small Japanese bakeries, particularly those in Kyoto.

How did they find their way to Chinese restaurants?

Several people have claimed responsibility for inventing the Chinese version of the Japanese wafer, but we're pretty sure that Hagiwara Makoto can take credit for the cookie culture mashup.  Makoto served the sweetened cookies at SF's Japanese Tea Garden in 1914 and began commercially producing them after they proved to be a huge success. Fortune cookie fever hit, demand skyrocketed, and bakeries specializing in fortune cookies began selling them to both Japanese and Chinese restaurants.

Then the tiny historical speedbump known as World War II happened. Thanks to American suspicion of Japanese-American citizens, many Japanese bakery owners were sent away to internment camps for the duration of the war . . . which left Chinese restaurants as the primary supplier of fortune cookies to an increasingly demanding public. By the time the war was over and Japanese bakers returned, the paper-packed wafers were permanently associated with Chinese restaurants and the rest is fortune cookie history.

Fun fact: The only place where fortune cookies are considered decidedly un-Chinese is China. Shucks.